Ashton Kutcher’s speech at the Teen Choice Awards got me thinking about what hard work means to my generation. “I believe that opportunity looks a lot like hard work,” he says. Right on. But what exactly does hard work look like for people who toil in mental and emotional labor? And more importantly, what does it feel like?

The Evolution of Hard Work

Hard work used to include physical labor. It doesn’t anymore. Technology has evolved to the point where the value that employees create often isn’t a physical product. Instead, we are paid to drive sales via Twitter, impact decision-making with emails, provide knowledge on blogs and otherwise fuel the emotions of other desk-dwellers.

The lack of material output is a phenomenon that London School of Economics anthropology professor David Graeber calls “bullshit jobs.”

In the year 1930, John Maynard Keynes predicted that, by century’s end, technology would have advanced sufficiently that countries like Great Britain or the United States would have achieved a 15-hour work week. There’s every reason to believe he was right. In technological terms, we are quite capable of this. And yet it didn’t happen.

Graeber argues that the service sector (technology, media, finance, marketing, HR, law, public relations, etc.) is “pointless” and that many people “spend their entire working lives performing tasks they secretly believe do not really need to be performed.” What a sad, cynical approach to life.

Graeber is correct in pointing out that the economy has changed. Of course it’s changed. Technology has flipped our world upside down. That’s a good thing. The recession forced many companies to cut back. For motivated people, that’s an opportunity. What the new economy boils down to is value. That’s no different than our parent’s economy, or their parent’s economy. People have always been paid to create value. The phenomenon of bullshit jobs is as real as you make it.

A generation of laborers is facing a new set of challenges like digital burnout, sedentism and, perhaps worst of all, the increasingly blurred line between personal and professional life. It’s complicated and difficult to balance. We’re still figuring it out.

The brilliant Seth Godin says, “The future of labor belongs to enlightened, passionate people on both sides of the plant, people who want to do work that matters.” It will be hard work but it will be different than the generations before us. It will require many hours at a computer and responding to emails on the weekend. Sometimes, it will mean forgetting about work and hitting the gym. Other times, it will mean skipping the gym and forging ahead on a project. More than anything else, it will be about passion, balance and innovation.

We’re the first to work in a mobile, social, always-on economy. Choosing to believe our careers are bullshit is the easy way out and sure path to misery. There is no blueprint for the 21st century. And that is exactly what makes our jobs hard work. 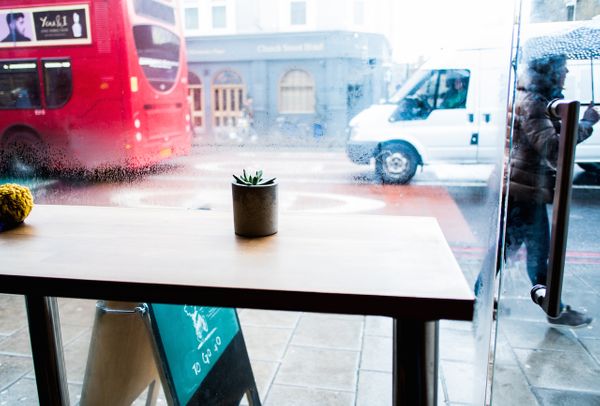 No doubt you've had butterflies in your stomach at some point in your life. Maybe it was before you pitched the last game of the high school playoffs or did